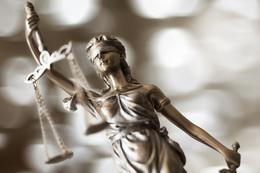 One of the problems with Internet gambling is that it opens up the door for underage gambling on certain levels if things aren't policed properly. While it's not necessarily easy for a 14-year-old boy to sign up and play for real money online, it's a lot easier than walking into a land-based casino and passing yourself off as being of legal age. A recent case between Casino Rewards and the Advertising Standards Authority showed another potential problem: sending emails that could be seen as grooming underage individuals.

The Nature of the Case

A man brought the case to the Advertising Standards Authority inside of the past couple of months after his 14-year-old grandson received emails from Casino Rewards advertising an online gambling site. The courts ruled that Casino Rewards had done nothing wrong because the boy actually created his account with false information. Because there was no real money transaction added to his account, his age was never verified. This is an interesting situation, however, because it opens the door for underage individuals to be "groomed" or send advertisements to get them interested in gambling before they're able to legally do so.

The court found Casino Rewards free of responsibility in two different areas under two different laws. The first was in the area of social responsibility, and the second was in the area of gambling, and they found nothing done wrong under either of these legal umbrellas. This is especially interesting because this is exactly the type of thing that courts seem like they want to roast gambling companies on in certain parts of the world. However, because this company is based in Malta where they have a more reasonable understanding and acceptance of the gambling industry, it was a situation held to the standard of the law. It's important to note that Malta suspends gambling licenses when they need to, but it's pretty obvious they don't need to in this case.

This case opens the question of the point of age veritifcation. Should it happen when an account is first created, regardless of the costs and regardless of the inconvenience? Or should it remain only when real money is added to the account?